Boba, also known under the username Bobawitch, is a Yogscast content creator that specializes in Twitch streaming. She usually streams horror or casual games (solo or with other Yogscast members), such as Phasmophobia, the Resident Evil series, or Among Us. She also occasionally does Just Chatting or art streams. She joined the Yogscast in late October 2020, but had been a fan ever since Lewis and Simon's first Minecraft series.[3]

In August 2021 Boba made an accidental discovery[4] during her first ever playthough of the game Metal Gear Solid live on stream. Whilst attempting to avoid fire from enemy guards in Communication Tower A, she managed to glitch through a doorway that should not have been accessible until later on in the game. Much to her surprise, she found herself safe and well on the other side, and, once she realised it was a bug, immediately treated her viewers to an impromptu song:

The glitch was quickly understood to save a lot of time and caught the attention of the speedrunning community, in particular the "Metal Gear Speedrunners" group, who estimated the glitch could save more than two and a half minutes[5] off the current most optimized speedrun of the game. Speedrunner ApacheSmash tweeted an explanation[6] of just how monumental the discovery was to speedrunning the game. As the game had been out for more than 20 years, and the speedrunning leaderboard[7] was filled with heavily optimized runs, being able to find such a time save was really rare. After successfully reproducing the glitch, the speedrunning community asked Boba what she would like to name the it, to which she responded "Kevin". However, she later asked her community to choose a name, and "Boba skip" stuck.

After the story had been picked up by numerous gaming news sites, the creator of Metal Gear Solid, Hideo Kojima retweeted [8] an IGN article in support of Boba's amazing discovery.

Boba Skip t-shirts, featuring "The Boba Skip" written in the style of the Metal Gear Solid logo, were made available for sale to mark the occasion. [9]

The Yogscast's legendary studio engineer, Sam, made remixes[10] of Boba's triumphant song in various styles on his music stream. 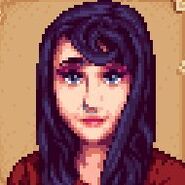