The Christmas Livestreams, currently known as the The Jingle Jam, are a series of livestreams that are shown over the course of December each year with the intention to raise money for various charities. The streams are broadcasted live on the Yogscast Twitch channel, then the VoDs are archived to the Yogcast Live YouTube channel. A total of $24.9 million has been donated to charity over the course of all the livestreams.

The first livestreams started back in 2011. Every year, viewers would offer to buy Simon and Lewis Christmas presents; but instead, they insisted the money should be donated to charity.[1] The initial goal of the streams was to raise money for a specific cause, however, they underestimated their goal the first year which lead to Oxfam receiving more money than needed for 'Give a Goat'. As a result, more charities were added every subsequent year to ensure donations have the greatest impact possible.

Due to the success of the 2011 streams, the 2012 streams saw a major increase in production and planning. These changes included a dedicated streaming room and studio in YogTowers, full multi-camera and computer setup, a schedule planned out in advance with special guests, and donation goals with on-screen overlays.

In 2013, the Yogscast switched from using JustGiving for donations to Humble Bundle so games could be given to contributors as a reward. This change lead to a drastic increase in the number of donators and the final donation amount compared to previous years.

The 2016 and 2017 Christmas livestreams saw record breaking donation totals and total number of donators. These increases can mostly be attributed to an increase presence on Twitch and the doubling in size of the bundle. The 2013, 2014 and 2015 bundles had around 10 to 20 games each while the 2016 bundle had 60+ games and the 2017 bundle had 70+ games.

In 2020, the Jingle Jam saw massive changes. For the first time since 2013, donations were no longer handled through Humble Bundle and instead Tiltify was used. A game bundle was still available through a donation, but the option to chose a charity outside the official charity list no longer existed. Due to the Coronavirus pandemic and the difficulties of finding streamers to host near the end of the month, this years event only lasted the first 14 days in December, the first time such a change occurred.

The 2021 Jingle Jam saw the same changes that occured for the 2020 Jingle Jam carry forward. The streams lasted for 2 weeks, with donations being handled through Tiltify. 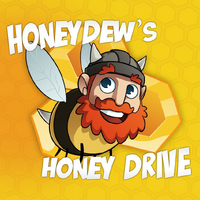