Ross Hornby, Chris Trott, Alex Smith, Rhiannon Gower
Craig Frost is an Editor, working for the Yogscast, who also works at YogTowers. He is the main editor for Hat Films. His claim to international fame has been his highly successful Twitch channel[1], and its connected discord channel.

Craig playing in his band.

Craig playing in his band.

Craig at the Office. 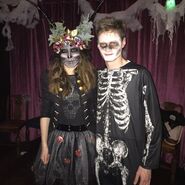 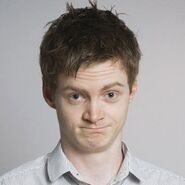