Dave Fayram, otherwise known as KirinDave, is an associate of the Yogscast and was the Head Admin of the Yogscast Complete Pack and the Resonant Rise modpack. Dave played on the server alongside their wife, PaprikaSu. Dave also hosted two series of their playthrough on their channel, one with PaprikaSu called Dave & Su Play Yogscast Complete, and the other by themself called Minecraft The Hard Way.

Dave appeared in Flux Buddies episode 126, leading a group of vampires to attack the Flux Buddy base. The group retreated after a few, including Dave, were killed by Moses the slime who then fell. The second wave caused more damage to the base, but all the vampires were killed apart from Dave who used a wand to transport Kim into a maze dimension, before vanishing. In episode 167 of Flux Buddies it is revealed that Lalnable[2] has been forcing them to serve his will by holding their coffins captive and drip-feeding them blood. 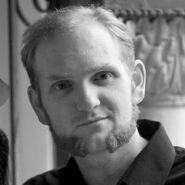 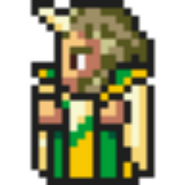 Dave with PaprikaSu.
Add a photo to this gallery

Retrieved from "https://yogscast.fandom.com/wiki/Dave_Fayram?oldid=326602"
Community content is available under CC-BY-SA unless otherwise noted.