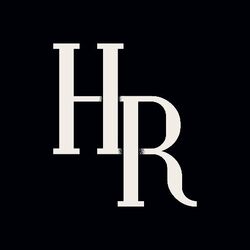 High Rollers D&D is a Dungeons & Dragons series aired as part of the Yogscast Twitch Livestreams. As of October 25, 2017, 104 episodes of High Rollers D&D have aired and is currently on its second season of the Lightfall Campaign. This includes 16 spin-off episodes, 7 one-shot campaign episodes and 19 special episodes.

Season 1 of the Lightfall campaign loosely cover all episodes within the first year of the series, beginning on January 17, 2016, with Episode 1: The Adventure Begins and ending on January 8, 2017, with Episode 35: Lair of the Witch.[1] The main characters start at level one and have reached level eight by the end of the season. Throughout the season, the main characters have ventured across three countries on Arrak and visited the following key regions and settlements in order of appearance: Tallfield, Longwood Forest Feyden, Talis'Val, Garden of Stones, Melody, Spire of Winter and Hallow.

The main characters, collectively known as the the adventurers, begin their journey from Greybell to Talis'Val. Along the way, they find themselves in an abandoned temple and later in Tallfield, solving mysteries and gaining trust amongst themselves (episodes 1-6). However, they had to make a detour to resurrect a fallen friend (episodes 6-9). They later find themselves in Feyden and later in Talis'Val, where they learn that the Broken Sky is threatening the existence of the Dawn Republic (episodes 9-16). An assassination attempt on Korak the Champion left him in a comatose state, so the adventurers go into the Underdark to find a Scroll of Greater Restoration, as well as to assist Trellimar in finding a relic mask (episodes 17-25). Once back in Talis'Val, however, two things happened: a spirit comes to haunt Cam for his past actions and a stronger Broken Sky caused the Dawn Republic to begin to fall apart (episodes 25-29). Leaving Talis'Val to visit the Spire of Winter in the Troubled Lands, the adventurers soon come across more hostile factions, including a powerful fey plotting to destroy the Council of Elves (episodes 30-35).

Season 2 of the Lightfall campaign loosely cover all remaining episodes of the campaign, beginning on January 15, 2017,[1] with Episode 36: Werewolves! and ending on May 27, 2018, with Episode 84: Lightfall Campaign Finale! The main characters begin the season at level eight and have reached level 15 by the end of the season. Throughout the season, the main characters have ventured across several countries and planes on Arrak and visited the following key regions and settlements in order of appearance: Spire of Winter, Monastery of Bahamut, Talis'Val, Velderbann, Merlow, New Light, Firstlight, Spire of the Moon, Arborea, Rootswell, Firstwood, Greybell and Bresseras.

The main characters, collectively known as the the adventurers, have defeated Fenris and her plot to destroy the Council of Elves. However, two elven monarchs have been cursed during the process, so the adventurers eventually find a cure and heal one of them (episodes 36-38). Receiving an urgent message from Korak the Champion, the adventurers return to Talis'Val and learn that a corrupted drow faction, House Relliv, is seeking to control the entire drow race. As such, Trellimar had to leave his friends in order to save his people (episodes 39-40).

The remaining three adventurers then ally with several people to stop the Broken Sky from causing the collapse of the Dawn Republic. They attempted to free Velderbann from the Broken Sky (episodes 41-48). The traitor Franco is spotted in Merlow but fled before he can be captured (episode 49). Returning to Talis'Val, the adventurers then head to Firstlight to rescue the kidnapped lightborn children from the Broken Sky (episodes 50-56) and later to Velderbarn to free two captured prominent figures from Sylval (episode 57-58).

Back at Talis'Val, Princess Fellania demands the adventures to have the Council of Guilds surrender to her or face the onslaught of her army. Not wanting to surrender, the adventurers then search for potential allies in various places such as Arborea, Firstwood, Rootswell and Spire of the Moon to assist Talis'Val in their impending war with the Broken Sky (episodes 58-66).

Cam received a vision from Avandra of a plague far worse than the conflict with the Broken Sky, so the adventurers deviate from their current quest and head to Greybell, now under necrotic and vampiric influence caused by Keran making a deal with Strahd. After many near-death experiences and a personal sacrifice from Cam to revive his dead childhood friend Mirela, the adventurers defeat Keran, which breaks the curse and restored Greybell to its former glory (episodes 67-73).

After gaining more allies from the Troubled Lands (episodes 73-74), the adventurers return to Talis'Val, which eventually came under siege by the Broken Sky. The capital barely fend off the invading forces on the first day of the siege. However, the situation became grim when the city walls are breached on the second day. With the death toll rising and the citizens cornered, the adventures make a bold attempt to take down Princess Fellania who showed up for the battle with her cloud palace. After a tough battle, Fellania is defeated and Talis'Val is spared from destruction (episodes 74-80).

Trouble still lingers however as the weaken Republic made it an easy target for Bresseras to capture the country. Korak the Champion, who revealed his real identity as Adrik, privately inform the adventurers of the threat planned by his brother Korak, the Wyrm King of Bresseras. Upon devising a strategy, the adventurers head to Ziyou, a refuge border village in Bresseras, to resupply before heading to the namesake capital of Bresseras to attempt to overthrow Korak and stop the invasion (episodes 80-current).

Dungeon Master Mark Hulmes introduces the campaign with the pre-series 10 Days of Aerois, informing the viewers of what character the cast will be playing, the world of Aerois that the campaign is set in and other key information such as homebrewed rules and races.

Chapter 1: Stormy Skies begins on July 1, 2018, with Episode 1: Welcome to Aerois and ends on July 22, 2018, with Episode 4: 2.5 Days to Die. The main characters begin the chapter at level two and have reached level three by the end of the chapter. Throughout the season, the main characters have ventured across the Sky Cites and the Lowlands of Aerois, visiting the following key areas in order of appearance: Bitterwoods.

In this chapter, the adventuring party were travelling to Gusthaven via the airship Sparrowblade when a raiding attempt by sky pirates led the airship to crash land in Bitterwoods. The party, together with four other survivors, struggle to survive the cold and harsh wilderness full of wild animals and savage wild elves.

Chapter 2: Every Rose has its Thorns is an ongoing chapter that began on August 5, 2018, with Episode 5: TBA. The main characters begin the chapter at level three. Throughout the season, the main characters have ventured across the Sky Cites and the Lowlands of Aerois, visiting the following key areas in order of appearance: Bitterwoods and Rosehall.

In this chapter, the adventuring party escapes the harsh wilderness of Bitterwoods and seek refuge at Rosehall. Arval sustained a broken leg from the airship crash, so the party goes to seek help from the locals. Instead, the party becomes entangled with the local affairs of the town.

The Uncharted Territory campaign is based on Dungeons & Dragons' Tomb of Annihilation and spans 11 episodes beginning on June 3, 2017, with Episode 0: Prologue and ending on September 8, 2017, with Episode 10. The main characters start at level five and have reached level ten by the end of the campaign. Throughout the campaign, the main characters have ventured across the continent Faerûn on the world Toril and visited the following key regions and settlements in order of appearance: Calimshan, Waterdeep and Chult.

The campaign begins with the main characters raiding the Tomb of A'Tan, only to be backstabbed by Laskilar Flisk and stranded in the Calimshan desert (episode 0). Upon returning to Waterdeep, they are visited by Acererak who enticed them with treasures from his tomb. However, they soon learn from the ailing Lady V that he is also the mastermind behind the Death Curse, in which no magic can resurrect the dead as their souls have been captured by him. Thus, the group are tasked by Lady V to venture to the Chultian Peninsula and get rid of the Death Curse (episode 1). Upon arrival at the Chultian city of Port Nyanzaru, however, the group find themselves in trouble with the Flaming Fist, a group hired by Laskilar Flisk to stop them (episodes 2-5). TBA.

The Dead Reckoning campaign is based on Dungeons & Dragons' Tomb of Annihilation and spans 12 episodes beginning on September 27, 2017, with Episode 1 and ending on December 13, 2017, with Episode 12. The main characters started at level six and have reached level ten by the end of the campaign. Throughout the campaign, the main characters are tasked by an unorthodox member of the Harpers to travel from Neverwinter to Bezantur in search for the cause of the Death Curse.

On several occasions, one-shot campaigns are held when either Mark Hulmes could not be present as dungeon master for the Lightfall campaign or a special campaign is created to coincide with a holiday. All of the one-shot campaigns have taken place in the world of Arrak and the players sometime assume new identities.

Retrieved from "https://yogscast.fandom.com/wiki/High_Rollers_D%26D/List_of_Episodes?oldid=327808"
Community content is available under CC-BY-SA unless otherwise noted.