Jesse Louis Cox is a YouTube gaming personality, voice actor and friend of the Yogscast. He regularly works alongside Dodger, as well as other members of the Polaris network, despite no longer being part of the network itself.

Similar to both the Yogscast and TotalBiscuit with Wrath of the Lich King, Jesse found initial success on his YouTube channel OMFGcata producing World of Warcraft: Cataclysm beta videos, showcasing classes and quests, etc. As his fanbase steadily grew, he went on to produce content on raid scenarios, heroics, and other features in his Cataclysm weekly reviews.  Jesse has in the past quit WoW for extended periods of time for various reasons, though he has repeatedly returned to the game. He also plays Hearthstone. Other big hits on his channel include Skyrim, Rift, Amnesia, Game Dev Tycoon, and many others. While he does still produce Minecraft content, all of it is behind-the-scenes videos about the custom-map he is making alongside his team of builders and friends (RPG-makers). He was one of the first members of The Game Station network, later known as Polaris, but left in 2016 in order to take his channel in other directions.

Jesse Cox, formerly known as OMFGcata is the channel which Jesse uploads all of his gaming content (his Let's Plays / walkthroughs, his Fan Fridays etc.).

Cox n' Crendor is the channel which Jesse co-owns with WoWCrendor where the two upload highlights from their podcast, Cox n' Crendor In The Morning.

The following table shows the games and series Jesse Cox has played or participated in. Please note that the Current list only contains series uploaded to the creators channel in the last 30 days.

You are not permitted to enter quotes until the Wiki community agrees it is noteworthy. There's a limit of 15, with 6 more spaces left.
Submit a Quote 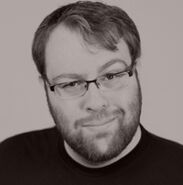 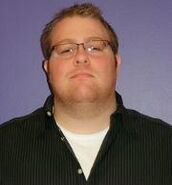 Jesse with his Cushion of Himself. 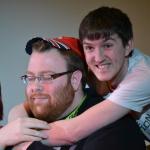 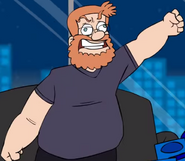 Jesse as he appears in Simple Simon Animated

Jesse having a photoshoot with...himself?

Retrieved from "https://yogscast.fandom.com/wiki/Jesse_Cox?oldid=337451"
Community content is available under CC-BY-SA unless otherwise noted.