Leozaur, also known as Leo, was a Content Producer for the Yogscast and the queen of birbs. She has live-streamed survival video games such as Colony Survival with Lewis, Ravs, and Pedguin on the main Yogscast Twitch channel as part of the Colony Crew streams. She also frequently participates in the Yogscast art stream (Doodle Break) and streams games on her own Twitch channel. Also Leo sometimes does squad streams with Ravs on each other's channels.

She is known to love birbs and Japan. Leo had also recently ran a charity event to support a local bird park and frequently watches Japanese commercials (one of her favourites being long long man) on her morning streams. She also now has her own merch store where you can buy her froggy merch at Leos Frog Shop.

Leo left yogscast on the 19th of February 2021 so that she could focus on education and her plans to become a teacher in Japan. 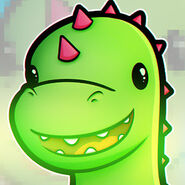 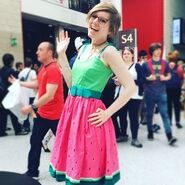 Leo dressed as a watermelon at Comic-con. 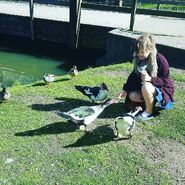 Leo feeding ducks in the Netherlands. 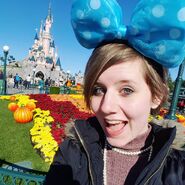 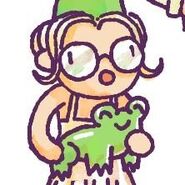