Mark has been a Community Manager for previous companies for 8 years, covering the MMORPGs RuneScape, WildStar and Blade & Soul. In London, he spent a year working as an actor and voice artist (a sample of Mark's voice acting talents can be heard on his SoundCloud). He also met the people behind PlayStation Access.[2]

Mark Hulmes joins the Yogscast as Community Manager on September 14, 2015, succeeding Tom Perkins who left the company on good terms.[3][4]

In 2015, given his interest in tabletop role-playing game (RPG), Mark hosted Hat Films' Star Wars Roleplaying Game livestream, Episode IX: A New Hat, during the Yogscast Jingle Jam 2015 on December 10. Its sequel, Episode II: Return of the Chevin, aired about a year later and also hosted by Mark.

In 2017, Mark continues to host various Hat Films' tabletop RPG livestreams. On July 5, Mark transitions into Content Producer, effectively dropping his role as Community Manager. This allows him to focus full-time on High Rollers D&D and Tabletop Weekly, as well as new projects such as creating homebrew contents for the Dungeon Masters Guild and writing a novel.[7]

Being a fan of Dungeons & Dragons, Mark regularly participates in D&D campaigns in his own time with his friends and colleagues. He is known to be friends of Chris Perkins and Matthew Mercer, both of whom are dungeon masters of their own D&D series.[9][10]

The following table shows the games and series Mark Hulmes has played or participated in. Please note that the Current list only contains series uploaded to the creators channel in the last 30 days. 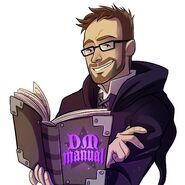 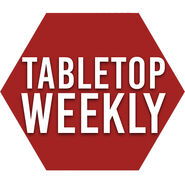 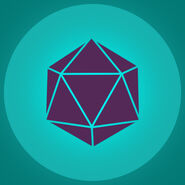 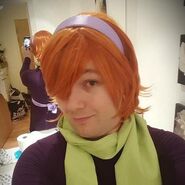 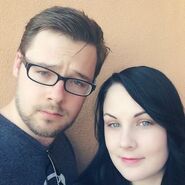 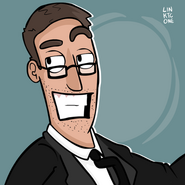 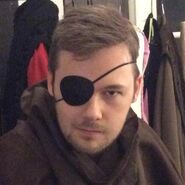 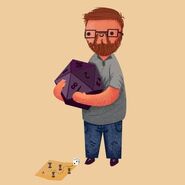 Mark, during the first session of High Rollers D&D.

Sneaky Mark, an inside joke in High Rollers D&D since Session 21. 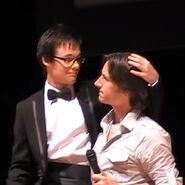 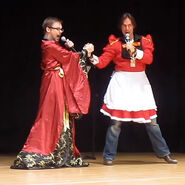 Mark as both Mark and Mindy of Team Rocket in Kim's Pokémon TCG series. 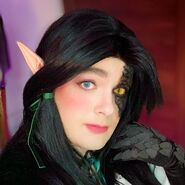