Matthew Needler, under the usernames iFirez and FireDragon04, used to be a member of the Yogscast and half of FyreUK, along with Phil Southam. Matt, Phil, and the FyreUK build team built Minecraft builds that they turn into timelapses for their YouTube channel. He no longer actively plays Minecraft and FyreUK officaly closed on October 1, 2016.

Both Matt and Phil are the authors of one of the official Minecraft handbooks, the "Minecraft: Construction Handbook." Upon its release, it was the best selling children's book for many weeks. In October 2014, Matt and Phil gave presentations about the process of writing the book and Minecraft in general at the Bath and Cheltenham Literary festivals.

Inside the Construction Handbook, you can find everything from beginner to advanced level building techniques as well as helpful tips and detailed images of impressive builds in Minecraft. Matt and Phil also supplied additional text and imagery in the other handbooks in the series.

Matt now streams on Monday to Saturday evenings at www.twitch.tv/firedragon04 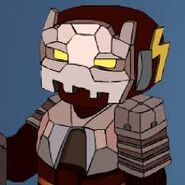 An avatar of Matt's Minecraft skin.

Matt and his dog, Benji. 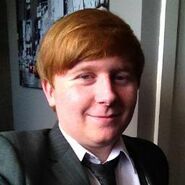 Matt at the i49 meet and greet. 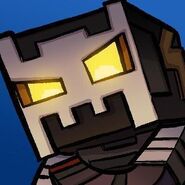