KatsOnFirex
Matthew Toffolo is an Editor working at YogTowers. On his YouTube channel, he has a selection of animated adventures of Doctor Who featuring Character Options and Underground Toys action figures. Also, there is action figure and televised Doctor Who episode reviews as well as a few other bits and pieces relating to Batman and Masters of the Universe.

Matt obtained a bachelor's degree in Film and Screen Studies from Bath Spa University. He was a valedictorian speaker during his graduation.[2][3]

Matt once worked for Bristol Catholic Players as an actor for several musicals. His lead role as Ko-Ko in the musical The Mikado earned him the Marks & Spencer award for Best Actor in a Musical at Rose Bowl Award 2011.[3][4]

In 2014, Matt joined the Yogscast as an intern. He got raised to a Publishing Assistant later in October and then to Assistant Editor. By June 2015, Matt has assumed the role of Junior Editor.[5] He also does reviews and gameplay videos for the Tap! channel and edited the Minecraft: Project Ozone series.

In January 2016, Matt was invited by Dungeon Master and then-Community Manager Mark Hulmes to join as one of the main cast for the Dungeons & Dragons series High Rollers D&D. He first roleplayed as drow warlock Trellimar Aleath in HighRollers: Lightfall. He later roleplays as dwarf bard Sir Cromsby Regnus Dolnum the Third in HighRollers: Uncharted Territory. He has also roleplayed Tiefling bard Barnabus Penus in various HighRollers One-Shot campaigns, as well as Jack the Lumberhack in The Cabin in the Woods.

On March 5, 2017, announced that he will be on hiatus for up to six months to focus on a musical production he is involved in. As such, he will not appear regularly on HighRollers: Lightfall during this period but his appearance on HighRollers: Uncharted Territory remains largely unaffected.

As of August 18, 2017, Matt announced that he will be taking a permanent hiatus from HighRollers: Lightfall, but will still have his appearance on HighRollers: Uncharted Territory remain at large. In the same post, he mentioned he has put his name down for the 2017 HighRollers Christmas live-stream if there is one. 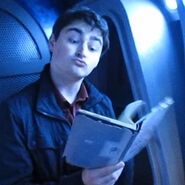 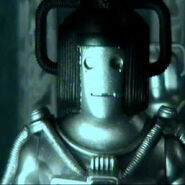 Matt's curent YouTube avatar of the famous Doctor Who villian the Cybermun. 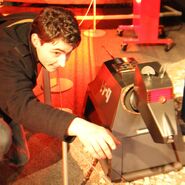 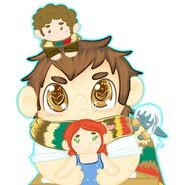 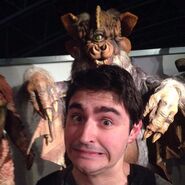 Matt (right) playing Dungeons & Dragons with the rest of the HighRollers crew. 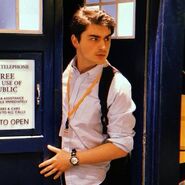 Matt's current Twitter avatar
Add a photo to this gallery

Retrieved from "https://yogscast.fandom.com/wiki/Matthew_Toffolo?oldid=343220"
Community content is available under CC-BY-SA unless otherwise noted.