Sandbox, survival
Minecraft (or MC for short) is a 2011 sandbox game developed by Mojang, which became a subsidiary of Microsoft in 2014. Minecraft is on all of the following platforms: PC, Mac, Raspberry Pi, Android, iOS, Windows Phone, FireOS, tvOS, Xbox 360, Xbox One, Xbox Series X&S, PS3, PS4, PS5, PS Vita, Wii U, New 3DS, and Switch. If you want to see more about Minecraft itself, go here.

Minecraft was developed for about a week before its first public release on May 17, 2009, on the TIGSource forums, where it gained a considerable level of popularity. It has been continually updated and patched since then. While it was still in Alpha, it gathered several hundred-thousand sales and received critical notice and acclaim from many reviewers. It passed one million units sold on January 12, 2011, less than a month after reaching Beta.

The subject of much of the Yogscast's content since 2010 has been Minecraft. Initially, Lewis and Simon's coverage of Minecraft appeared to take the form of a traditional Let's Play, although, after a series of unusual happenings, it evolved into a partially improvised comedy drama. The Yogscast then expanded to produce video coverage of Minecraft updates, and shorter series consisting of Lewis and Simon taking on custom "challenge" maps. In 2012, several Yogscast members and affiliates played modded Minecraft on an online server with the modpack Tekkit, which was recorded and uploaded as Let's Plays (with varying degrees of improvised roleplaying) to various YouTube channels including the main Lewis and Simon channel. In 2013, they played on servers with the Voltz and YogCraft modpacks. YogLabs was a series demonstrating individual Minecraft mods. In mid-2014, the Yogscast created their own modpack, the Yogscast Complete Pack, which was available on the ATLauncher. In 2015, they moved to a Resonant Rise 3 server. In 2016, they moved to the Crazy Craft 3.0 modpack. In 2018, several content creators moved to the modpack All the Mods 3. It was thought that as of 2018, Flux Buddies 4 had been cancelled and many of the Minecraft players - such as Hannah and Kim - no longer play it. To much surprise, Kim returned on 23rd October 2018 with Flux Buddies 4 following Kim's break from YouTube to focus on her personal life. Flux Buddies' series finale was uploaded in June 2019. In 2019, the modpacks Project Ozone 3 and (more briefly) All the Mods 3 - Remix streamed on the Yogscast Twitch channel (with the footage from Project Ozone later uploaded to Duncan's YouTube channel). At the same time, a series recorded on a different All the Mods 3 - Remix server was uploaded to Sjin's YouTube channel. In June 2019, Hat Films returned to modded Minecraft after a four-year break with their own All the Mods 3 - Remix server. In July, a series on the Mystical Village 2 modpack started on Sjin's channel. 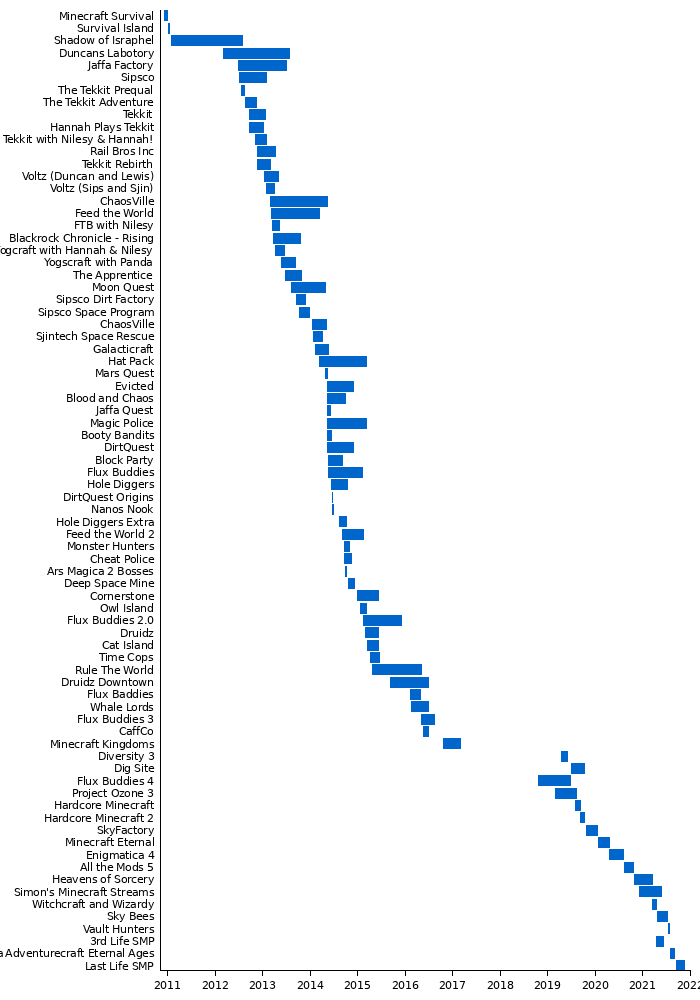 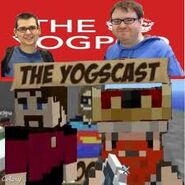 The default skin of Minecraft (known by many as Steve) 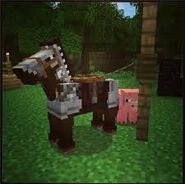 This image features on the cover of the Xbox version of the game.
Community content is available under CC-BY-SA unless otherwise noted.
Advertisement