Yogscast Wiki
Register
Don't have an account?
Sign In
Advertisement
in: Sjin, Feed The World, Locations,
and 3 more

'Sjin's Farm is the farm that Sjin used to be building in his Feed The World series. It currently consists of his house, his barn, a bee farm, a wheat farm, a mine, massive iron tanks to store honey/seed oil/bee DNA, a hangar and a runway for the "Spruce Moose", a power house with tanks and bio-engines, far too many orchards, a storehouse, three livestock paddocks, a nether portal housed within a demon skull, a sugar cane farm, a quarry tower with a small building for smelting and refining, a kitchen which was shortly after renamed the farm shop, a flax farm, a pumpkin/melon patch, a carrot farm, a potato farm, a milk facility two huts for his dog (Jake) and cat (Charlotte), a brewery and a chicken coop.

Currently, a strange purple "figure" has appeared numerous times near the farm, including Episode 14 of "Feed the World", where at 0:05, you can see a purple person in the trees. He then makes a reappearance in Episode 15 at 13:19, this time, entering the Nether portal behind Sjin's back. There is also a theory that the purple "figure" is the missing purple scarecrow in one of the fields. This is supported by the fact that you can see its full skin when it enters the portal, and its head looks like the top block of the scarecrow. In episode 16, Sjin enters the Nether to see a small cobble shack a few blocks away from the portal. Not only that, but he sees a cobble bridge, on the end of which is a player named Strawfingers. Later, he finds an old broken shack near a small wheat farm, with a book, or "diary" in a chest entitled "Mom" by a boy who used to live there. It says that a wizard gave two purple blocks to the boy, and so he created a scarecrow shaped figure, which in turn created Strawfingers. While the boy heads off for adventure to seek fortune, Strawfingers creates mayhem, and to the boy's horror, he finds his parents dead by the creation he made when coming back. He mentions that he tried all sorts to rid of the purple blocks, but it does not work.

Sjin's goals for this sprouting farm is to have a place where he can grow food, and become a farmer. He sacrificed having to work at Sjips Co, where he used to live in Sips' Tekkit series. Sjin has plans of making his own industry, where he can live independently on his own.

In Episode 25, Sjin goes into the nether to get his textures back from Strawfingers. While in the nether he found NanoSounds (Kim), and he allows her to be an apprentice at the farm. This act has made the series, "The Apprentice" on Kim's channel on which she became Sjin's apprentice and created some ruby tools and a house made of Kapok logs. Since then, Kim and Sjin have become friends, but still yet have a bit of a war from Sjin first insulting the wooden house made from Kim. Then Kim meets Sips, and becomes Sips' apprentice as well.

In the Christmas Sjindig Strawfingers detonated the nuke under Sjin's farm on a backup world.

Sjin's Farm as of Episode 15 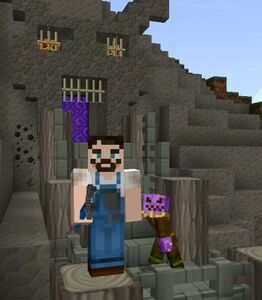 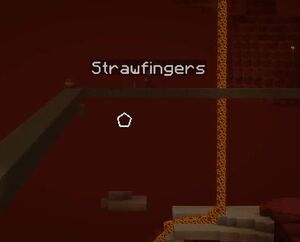 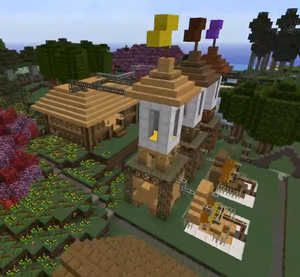 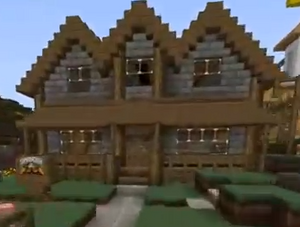 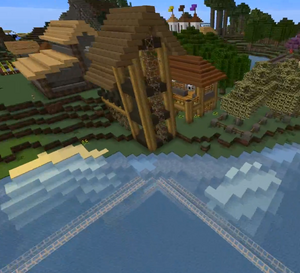 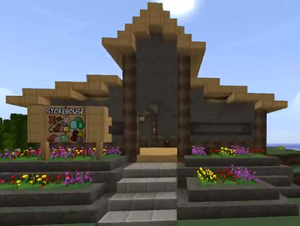