"Perfectly balanced", "I am acting out in tom-foolery", "beans", "With the power of Yorkshire gold"
The Spiffing Brit, known to his friends as Spiff, is a Content Producer for the Yogscast. His specialty is real-time strategy games and the breaking thereof; a considerable portion of his channel showcases his ability to find game-breaking exploits in games, and then proceeding to break said games in half. Though he is mostly known for engaging in the acts of tom-foolery. Known as a sidekick to isorrowproductions

In the past his content mainly consisted of grand strategy game time-lapse videos, in which he commentated the events of a certain scenario sped up with subtitles. Because of this, he acquired the alias "The Time-lapse Guy" in the community.

Spiff's character (on-screen persona) is somewhat of a satirical stereotype of a British person. As the name "The Spiffing Brit" implies, he is incredibly fond of all things British, such as the Queen, tea (Yorkshire Tea Gold, specifically) and colonialism. He is known for dragging around a massive thousand-teabag container of Yorkshire Tea when in YogTowers, mostly just so he can bring it out on stream and smell it whenever he wants. He has attended YogCon 2019 (dressed in a Union Jack morph suit) and Gamescom, and occasionally joins the rest of the crew for TTT.

He joined the Yogscast in 2019[1], and took part in that year's Christmas livestreams. 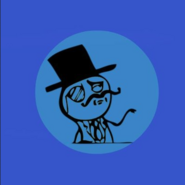 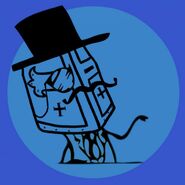 Spiff's avatar when he goes into war.

Spiff next to his majestic portrait of the Queen (long may she reign).

Spiff's face reveal on the Wasteland 3 - Today I Played video.